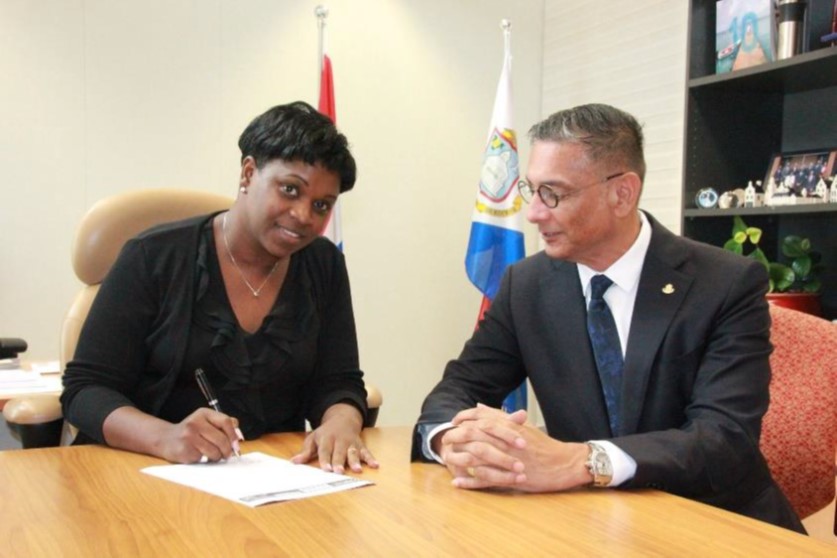 According to Prime Minister Romeo-Marlin this is an important step for Sint Maarten: “Through CCRIF, Sint Maarten protects itself from short-term liquidity problems after a major natural disaster. We are very pleased that Sint Maarten is able to follow the example of our neighboring countries, including Anguilla and St Kitts & Nevis in joining this unique insurance facility”.

CCRIF is the first multi-country risk pool in the world. This insurance instrument helps small countries like Sint Maarten with short-term cash flow problems after a catastrophic event like a hurricane or earthquake. CCRIF pays out within two weeks after a disaster. These quick pay-outs help countries in financing their initial disaster response and to maintain basic government functions after a catastrophic event.

Since the inception of CCRIF in 2007, the facility has made payouts to 13 member governments on their tropical cyclone, earthquake and excess rainfall policies totaling US$130.5 million. During last year’s hurricane season, CCRIF paid out 62 million US dollars to member states in the region, including to Anguilla (US$6.7 million), Dominica (US$20.3 million) and Antigua & Barbuda (US$ 6.8 million).

For more information on CCRIF, please visit their website: https://www.ccrif.org