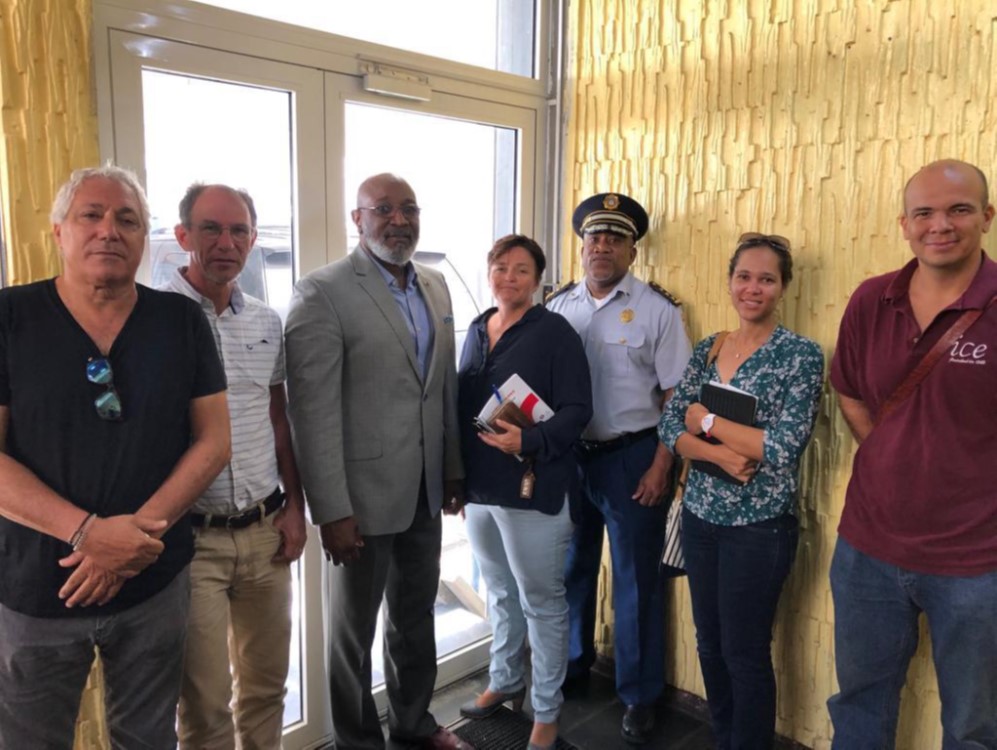 PHILIPSBURG – The Director of the National Recovery Program Bureau, Claret Connor, recently completed supervisory visits to the Belvedere Housing Complex and the Philipsburg and Simpson Bay police stations that are currently undergoing repairs. Ensuring that works are performed at agreed standards is an important part of the due diligence responsibilities of the Bureau.

Repairs to homes owned and managed by the Sint Maarten Housing Development Foundation (SMHDF) in the Belvedere Housing Complex are progressing. In total, repairs are being made to the roofs and ceilings of the homes of 117 families. Director Connor, along with Project Manager Paul Sijssens, was joined by SMHDF representatives on a tour to some of the repaired units. During the visit the Director spoke with residents to get their assessment of the ongoing works. “This project, as with all trust fund projects, will be closely monitored by the Bureau to ensure that clients, in this case the homeowners, are truly satisfied with the work that is taking place,” Director Connor explained.

The Philipsburg Police Station and the Simpson Bay sub-station have also started with much needed repairs that will make both buildings better able to withstand future hurricanes. Works include the installation of aluminum shutters as well as electrical wiring, replacement of cabinets, light fixtures and ceiling tiles. During this visit Director Connor and Project Manager Sijssens were accompanied by the Chief of Police, Mr. Carl John, the contractor and the supervising company.

“At both visits we were able to confirm that the agreed system of verification is being adhered to. Indeed, it has taken longer than we had originally anticipated for. It is paramount that works are not just completed as fast as we would want, but they need to adhere to the strict quality standards.” Connor concluded.

The repairs to the Police stations and the Belvedere housing complex fall under the 55 million USD Emergency Recovery Project 1, which is supported by the Sint Maarten Recovery & Resilience Trust Fund, financed by the Netherlands and managed by the World Bank.

Photo captions: Director Claret Connor, (3rd from left) and ERP1 Project Manager Paul Sijssens (2nd from left) along with Chief of Police, Carl John (3rd from right), along with representatives of the supervising agency and contractors at the Philipsburg Police Station