HomePress ReleasesERP1Resilience has been built into every part of... 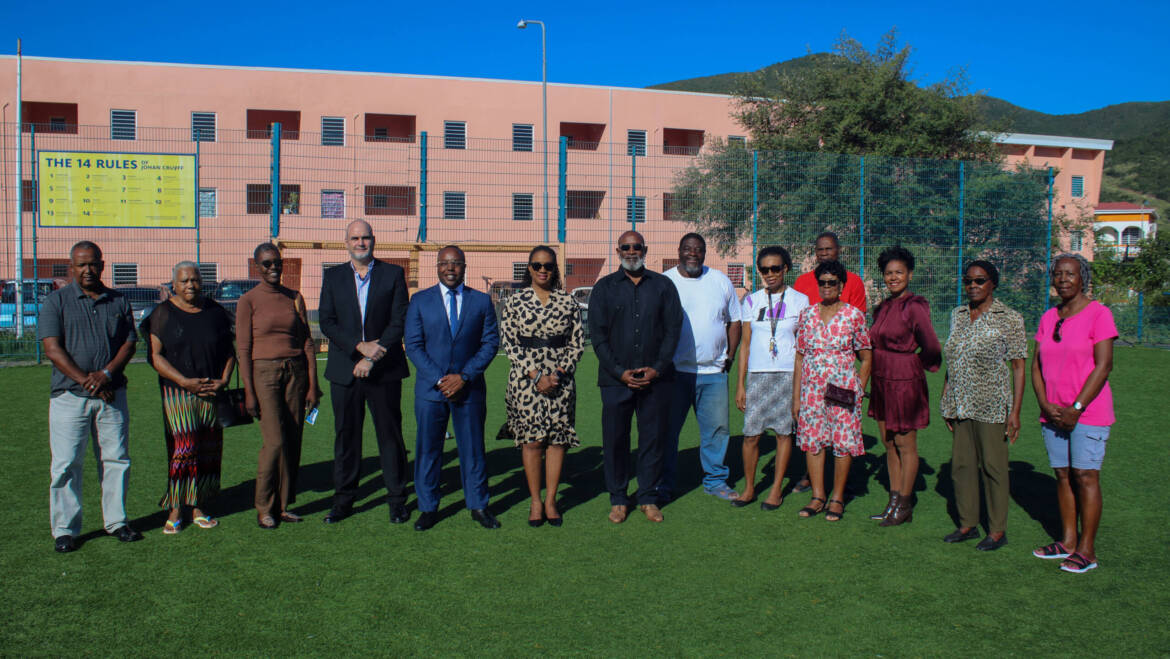 As most residents settle into their new homes in the Belvedere Towers, they can sleep soundly knowing that the renovations were guided by the Government of Sint Maarten’s build back better principle. The results are safer, modern apartments that can better withstand future natural disasters.

Financed through the Sint Maarten Trust Fund, the renovations took place in 64 apartments in six (6) residential buildings managed by the Sint Maarten Housing Development Foundation (SMHDF). The buildings – locally known as “The Towers” – were all severely damaged during the passage of Hurricane Irma and Hurricane Maria in 2017.

By the completion of the final building in December 2022, the construction crews had not only repaired the hurricane damage; they had also greatly improved the buildings’ safety. For example, the buildings’ foundations and lower exterior walls were thickened by 10 centimeters. This was done to increase the buildings’ structural stability and reduce the chances of them swaying in an earthquake. Additionally, the wooden roofs on the upper floors were replaced with reinforced concrete. This practically eliminates the possibility of losing one’s roof to a monstrous storm like Hurricane Irma, whose catastrophic winds exceeded 175 miles-per-hour.

The safety considerations went beyond major structural components like floors, walls, and roofs. It went into the smaller details as well, such as having the glass sliding doors replaced with aluminum. The windows have also been outfitted with shatter-resistant louvres placed in special frames that are securely bolted into the concrete walls. This not only makes the apartments safer in a natural disaster, but also offers greater protection against burglary.

At SMHDF’s request, two (2) of the apartments were specifically renovated to accommodate differently abled tenants. These improvements included wheel-chair ramps leading to their entrances, as well as height-adjusted bathroom and kitchen fixtures.

“The planning, preparation and execution of this project have taken much collaboration and effort, with all stakeholders involved. A lot has gone into this project, a top priority of this Government. We have remained committed to its execution and today are super proud and grateful on behalf of the beneficiaries – the 64 families who have a more sturdy, safe home. People were displaced and had to live in different circumstances, but through resilience, we can finally say that some of the most vulnerable can live in homes not only rebuilt but built to withstand future natural disasters. We continue to prioritize and strive to meet the needs of our communities,” said Prime Minister Silveria Jacobs.

“With prior planning, one can prevent poor performance. This is reflected in the build-back-better concept, which was implemented by our Minister of Public Housing, Spatial Planning, Environment and Infrastructure (VROMI), and can be seen the renovated 64 apartments that can now withstand a monster storm. The key to the success of this project lies with the ultimate beneficiaries – the people of Sint Maarten. Let us all remember the great value of diligence as we strive for even greater future successes.  We all have demonstrated that – with a collective mind, hard work, and perseverance – we can do it,” said SMHDF Director Helen Salomons.

National Recovery Program Bureau (NRPB) Director Claret Connor said: “As the NRPB has helped to rebuild this country on behalf of the government, the focus is to build resilience into every activity that we jointly undertake. At the end of the Trust Fund, we want to have a country that has progressed beyond where we were in 2017. We want a country that is better prepared to withstand the natural disasters that will inevitably knock on our doors. The renovations of the Belvedere Towers stand as an example of how we can achieve this, specifically by placing resiliency at the center of our construction projects.”