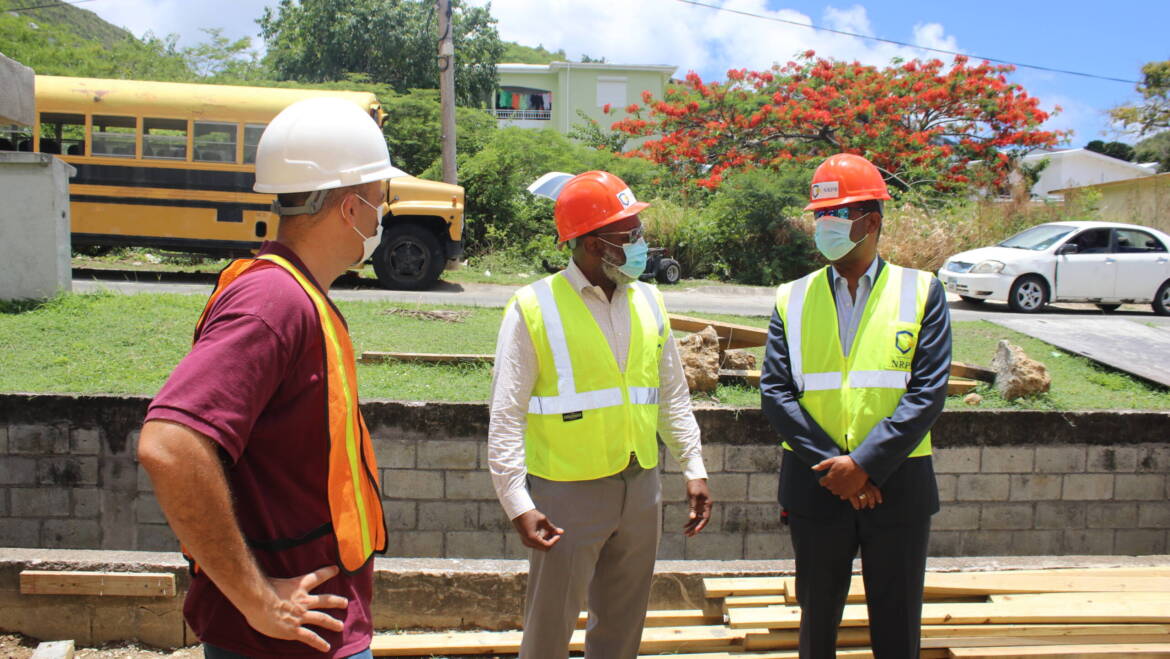 Upgrades to designated facilities on St Maarten that are also used as hurricane shelters are fully underway as part of the Emergency Recovery Project 1 of the Sint Maarten Trust Fund.  Four facilities that are used as official shelters, identified as priority by the Ministry of Public Health, Social Development & Labor (VSA) are on target to be completed this month . Upgrades to nine other facilities that are also used as shelters will be completed by early 2021. The four priority facilities are the Rupert Maynard Community Center, the National Institute of Professional Advancement (NIPA), Milton Peters College main gymnasium and Dutch Quarter Community Center. This completion date also coincides with the start date for the works for the remaining nine facilities used as shelters on St Maarten.

The thirteen shelter locations were originally scheduled to be completed in early 2020. Works on an initial contract concluded  in November 2019; however, the project encountered difficulties and as a result had to be terminated in February of 2020. Permission was requested to and granted by the World Bank to immediately retender this project. However, by this time an expanded scope of about 60-70% additional works were requested by Government. After a limited competitive bidding process, Windward Roads B.V. won the contract for 4 priority shelter facilities. In July, a contract was completed incorporating the expanded scope of works and works immediately began.

The Honorable Richard Panneflek, the Minister of VSA, along with Mr. Claret Connor, Director of the National Recovery Program Bureau (NRPB), recently conducted site visits to view the progression and visually evaluate works done to date. After emphasizing the importance of meeting the targeted dates, the Minister expressed his satisfaction.  “I think we all would have wanted this project to conclude before the start of the hurricane season. However, given the circumstances surrounding the delays, I am pleased that we have gotten to this point and [am pleased with] the efforts the NRPB has made to ensure that works are carried out at a rapid pace”, Minister Panneflek noted.

Each shelter facility is receiving much needed upgrades including the installation of new generators, replacing old or installing new air conditioners, above ground water reservoirs and diesel tanks are also being constructed and installed at the various sites. Missing, broken or outdated windows, doors and shutters are also being replaced. Additionally, plumbing and electrical works will be carried out where necessary. All site works are supervised, and  specific attention is being paid to COVID-19 prevention and mitigation measures sanctioned by the NRPB in March.

“Despite the setbacks, the teams are focused and working diligently and  all efforts are being exhausted to accomplish our goals. In the end these facilities serve the communities. With the upgrades, the various community councils and general public of St. Maarten will be able to enjoy all of the enhanced amenities being installed year-round. All of this work is fully funded by the St. Maarten Trust Fund”, Director Connor concluded. The Trust Fund Projects are financed by the Government of the Netherlands, managed by the World Bank, and implemented by the National Recovery Program Bureau on behalf of the Government of Sint Maarten.