HomePress ReleasesERP1Emergency ServicesPolice Stations have been made water and wind...

Police Stations have been made water and wind tight 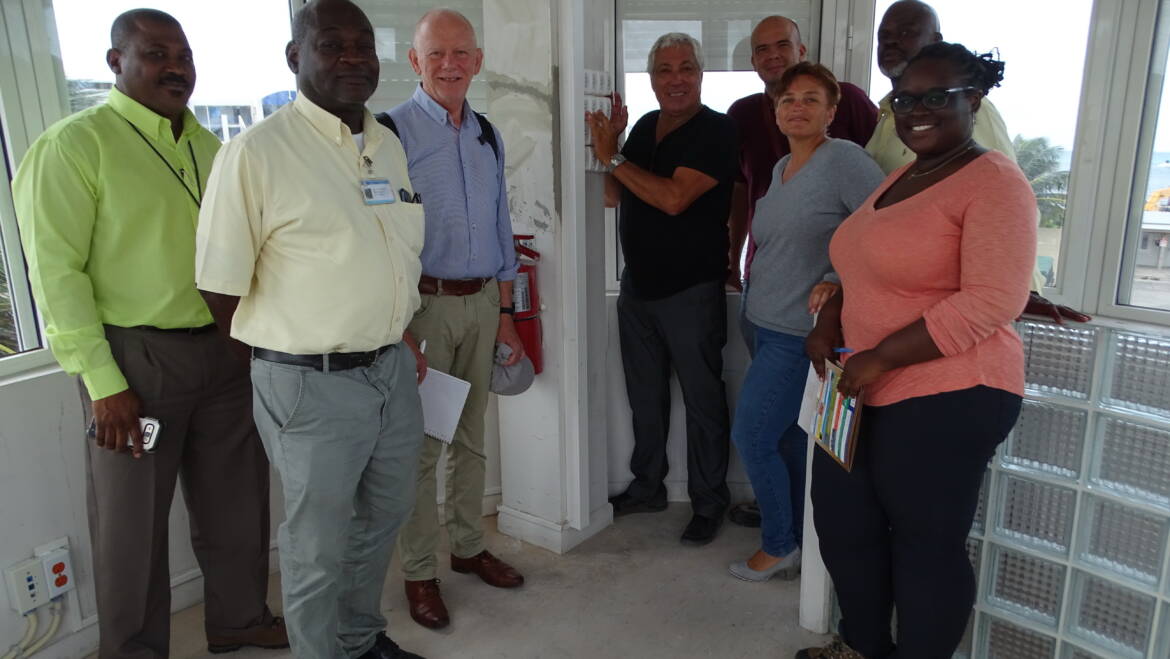 PHILIPSBURG June 2, 2019 – Following the completion of the first phase of works at the Philipsburg and Simpson Bay police stations, both are now better able to withstand any major storms as the buildings have been deemed ‘water and wind tight’. This is the consensus of the small group of representatives that participated in the official walkthrough and handover on Wednesday, May 29.
The project, which falls under the Emergency Recovery Project 1 of the Sint Maarten Recovery, Reconstruction and Resilience Trust Fund, comprises of repairs including window repairs, doors, shutters and roof sealing to improve working conditions at the police headquarters. Claret Connor, Director of the National Recovery Program Bureau, the Trust Fund’s implementation unit explained that “The completion of phase one precedes the launching of a second phase which will involve permanent internal and roof renovations.
The process to finalize the beginning of this second phase with stakeholders is underway and we are diligently working on starting as soon as possible.”
During the walkthrough the water-proofed roof was inspected, shutters were tested and doors and windows were opened and closed to ensure that the competed works were of a good quality. Minor issues were noted and are scheduled to be finalized within short. “Although there is still more work to be done, we are now better prepared for the upcoming hurricane season.” Ms. Clenda Pecht, head of the Operations Unit of the St. Maarten Police (KPSM) observed. “Even the physical appearance of the stations is more suitable for our officers to carry out their day – to day functions”.