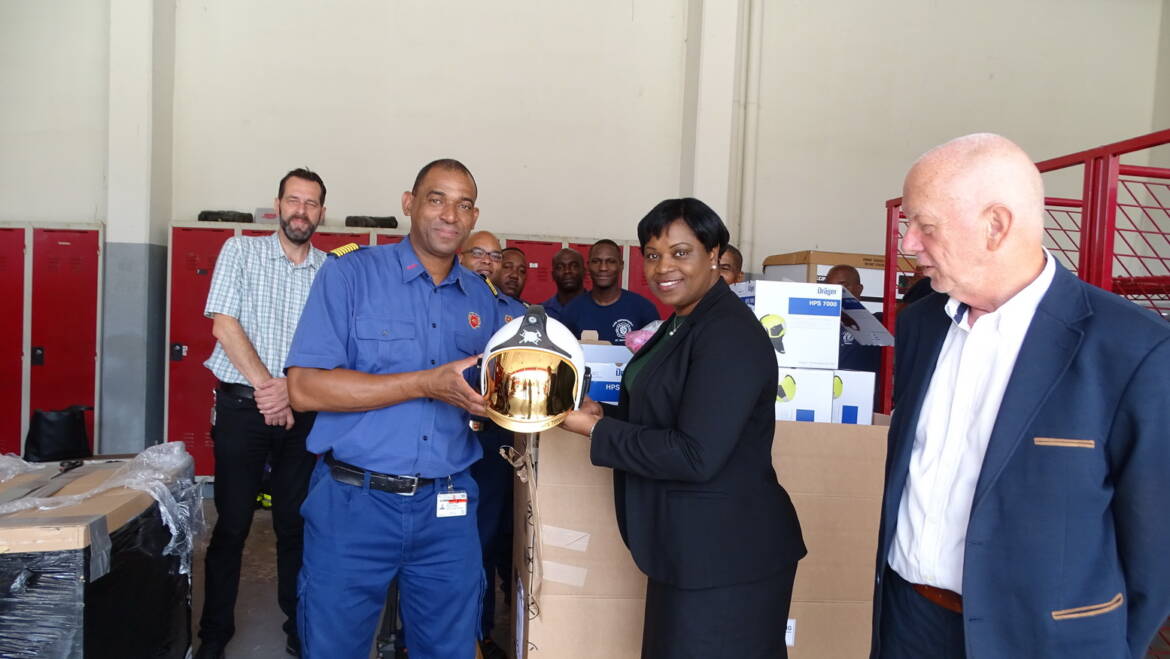 PHILIPSBURG – On Thursday June 6th, Sint Maarten’s fire fighters were surprised by Prime Minister Leona Romeo-Marlin. A shipment of First Response Emergency Equipment arrived at the Fire Department and the Prime Minister officially handed over the equipment to the Chief of the Department, Clive Richardson.

The shipment of equipment was ordered by the National Recovery Program Bureau (NRPB) and contains 80 new helmets as well as two big boxes of batteries, tubes and maintenance kits for the compressor and the quaestor equipment. In July, a training will take place for the fire fighters on the use of some of these new materials.

Present at the handing over were Prime Minister Romeo-Marlin, Clive Richardson, Piet van Ommeren as Project Manager of the NRPB and several fire fighters. 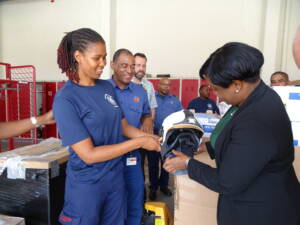