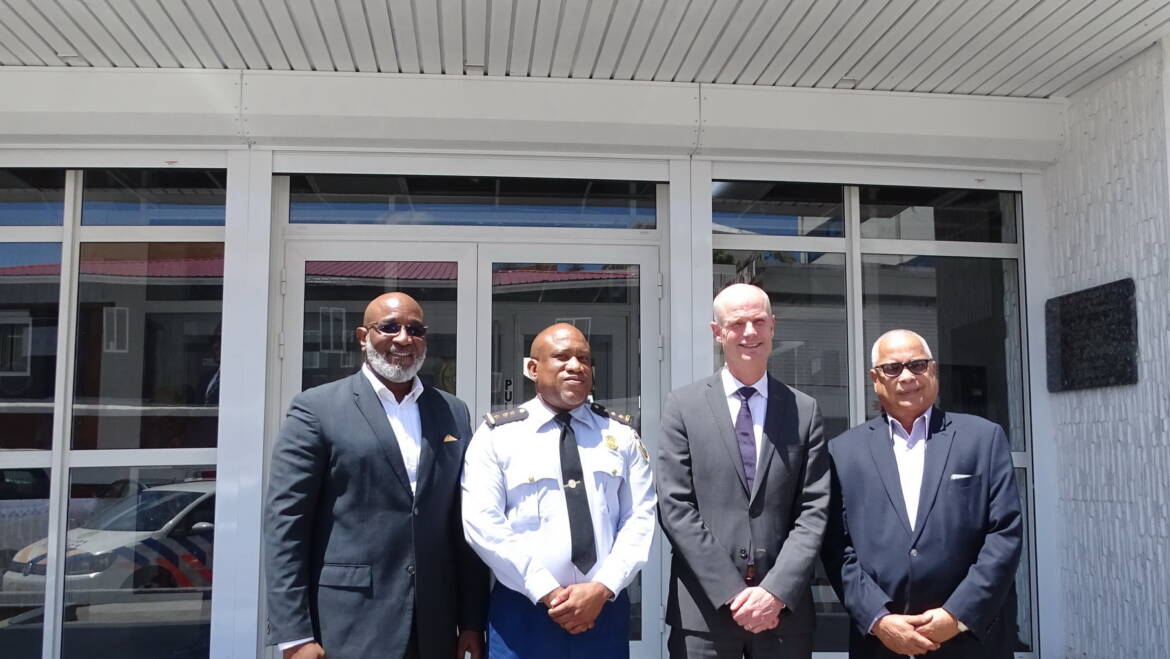 PHILIPSBURG – On April 29th, during a recent visit to Sint Maarten, the Dutch Minister of Foreign Affairs Stef Blok was updated by Steering Committee member Marcel Gumbs and the Director of the National Recovery Program Bureau (NRPB) Claret Connor on the progress of the various activities being implemented under the Sint Maarten Recovery, Reconstruction and Resilience Trust Fund. Several projects including home repairs, income support programs, debris management and repairs to public buildings are being implemented through the Trust Fund, which is financed by the Dutch Government and managed by the World Bank.
“The NRPB is pleased to have had the opportunity to share with Minister Blok the progression of the recovery progress on Sint Maarten.” Director Connor explains. “The Minister shared his concerns for the work that is being carried out and funded by the Trust Fund, particularly in regards to the home repair program. It was an opportune time to inform the Minister on the agreements made at the recent Steering Committee meeting in Washington to accelerate this specific program by using various implementation modalities.”
After the meeting the Minister visited the Philipsburg Police Station, where the first phase of ongoing works, financed by the Trust Fund, is nearing completion. At the station the group was welcomed by the Police Chief Carl John and his management team, who also gave a presentation on the damages to the station right after the hurricane and reconstruction activities since then. After this the Minister was shown some repair works which included installation of new and improved doors and windows, the installation of hurricane shutters and repairs to the roofs, of both Philipsburg and the Simpson Bay Police Stations.