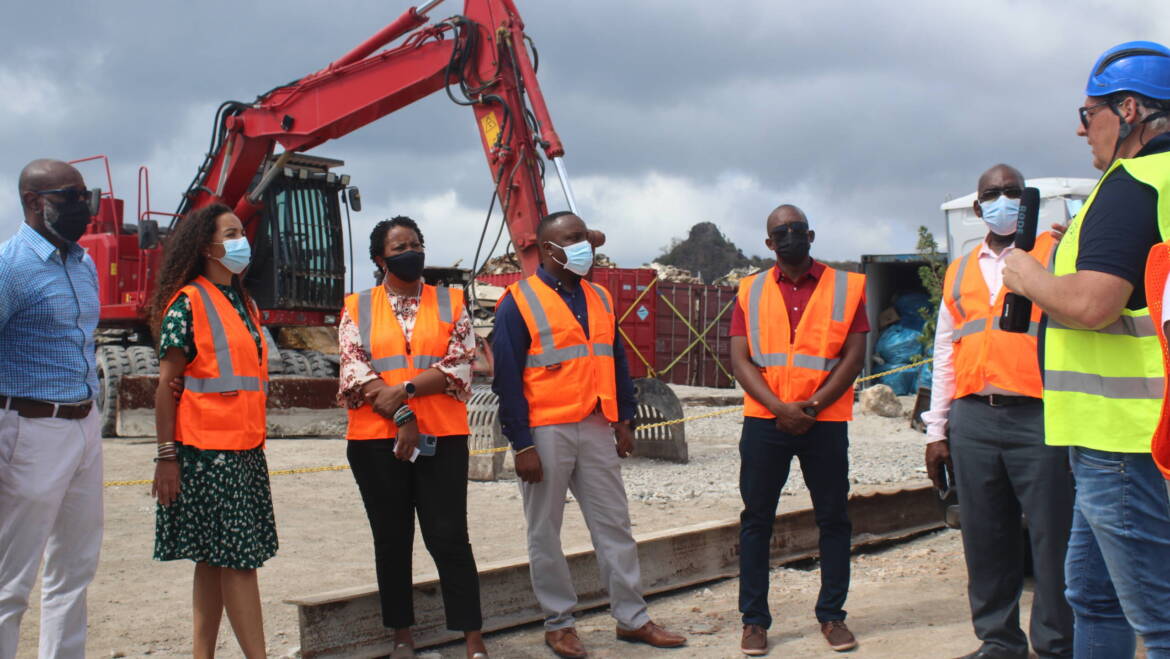 On Friday, April 16, the  NRPB hosted the Council of Ministers on an excursion to visit several activity project sites being executed under the Dutch sponsored Sint Maarten Trust Fund.

The trip, which touched on all seven projects currently being implemented by the National Recovery Program Bureau, allowed the Ministers to receive a first-hand impression of both ongoing and completed projects.  The tour began with presentations on digital government improvements, an integrated social registry system and support to small businesses, including a testimonial of one of the recipients of the Enterprise Support Project. The selected beneficiary shared his experiences, appreciation and future goals for his business venture with the Ministers. Next, the delegation visited the Philipsburg Jubilee Library, Sr. Regina Primary School, the Simpson Bay Community Center, the shipwreck salvaging shipyard, the Airport and the Met Office’s newly repaired radiosonde building.  At each stop the Ministers were given a brief tour by the project’s team.

Throughout the tour, the Minsters asked a number of questions pertaining to project challenges, opportunities and the timing of the activities. While the Ministers agreed that works were progressing well, they strongly reiterated the desire for the works to be accelerated wherever possible. “The responsibility of the reconstruction and recovery of the Country ultimately lies with the Minister of General Affairs and as such, this tour is an extension of the frequent meetings and updates between my office, the full Council and the NRPB. My fellow Ministers and I found it necessary and ultimately very beneficial to be able to meet with the different project teams and see first-hand the advancements of these projects.” Prime Minister Silveria Jacobs remarked.

“As an institution established as an independent entity, the NRPB prides itself in how we execute our duties on behalf of the Government of St. Maarten.”  Director of the NRPB, Claret Connor, disclosed.  “The project teams were delighted to showcase their areas of responsibility and provide additional explanation to the ongoing works, processes and procedures. We will continue to carry out our duties and responsibilities with the same zeal and passion as we progress.”