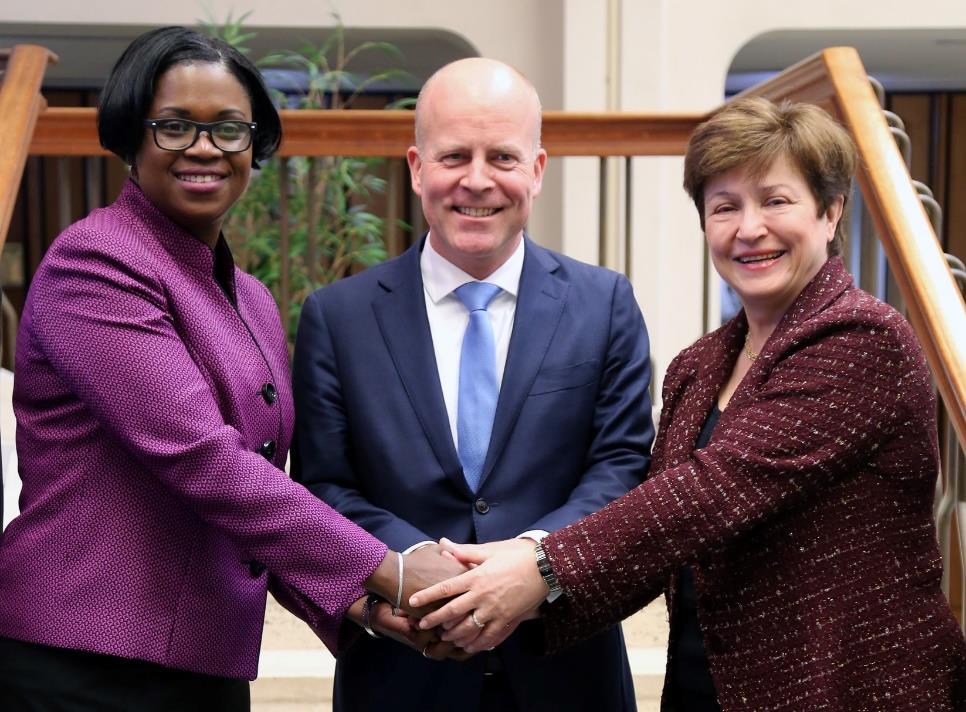 PHILIPSBURG, April 16, 2018 – Prime Minister Leona Romeo-Marlin and Finance Minister Michael Ferrier were on hand Monday, April 16th in Washington to witness the signing of the Trust Fund Agreement between the Netherlands and the World Bank. The fund, which would make 470 million euro (US $580 million) available for the continued recovery of Sint Maarten was signed by State Secretary for the Interior and Kingdom Affairs of the Netherlands, Raymond Knops, and World Bank Chief Executive Officer Kristalina Georgieva.

During a press moment after the signing Prime Minister Romeo-Marlin, in addition to thanking the Netherlands and World Bank representatives, thanked Sint Maarten’s Minister of Finance for his contribution and tireless efforts to reach this juncture. She also acknowledged that the signing was an important step and that Sint Maarten looked forward to working with the World Bank and the Netherlands in speeding up recovery efforts. Marlin-Romeo added “I want to express my sincere gratitude to the people of Sint Maarten and ask you for your continued patience displayed during this process. As your Prime Minister, I too feel the pain, suffering and frustration of not having a roof over your head, being unemployed and not knowing where the next meal will come from. With the securing of the Trust Fund we are one step closer to initiating the planned projects that will take care of you the people and continuing to stimulate the economy of Sint Maarten.”

With the official signing of the agreement work can begin on early priority projects; three emergency projects identified as needing urgent priority in preparation for the peak of the next hurricane season. These projects will concentrate on recovery and disaster preparedness and the rehabilitation of water and electricity utilities, debris removal especially concentrating on the newly created landfill and the Simpson Bay lagoon as well as the continuation of the hospitality training and cash for work programs. Future projects will continue to be selected based on the needs identified in the National Recovery and Resiliency Plan and will be chosen upon agreement by an appointed Steering Committee consisting of one member from Sint Maarten, the Netherlands and the World Bank. 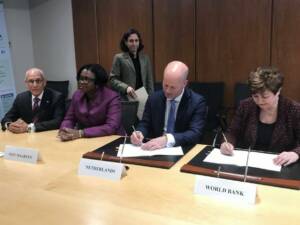